The Archaeological Museum of Heraklion 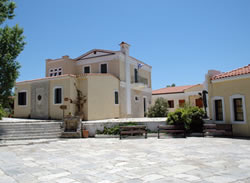 The Heraklion Archaeological Museum is considered one of the most important museums in Europe. It’s located in the heart of the city of Heraklion. During the Venetian occupation here was the Roman Catholic monastery of St. Francis, which was destroyed by the earthquake of 1856, and was the most important and richest monastery in Crete, decorated with exceptional Byzantine frescoes. The construction of the museum began in the early 20th century and was completed in 1940.

On the ground floor of the museum there are 13 rooms open to the public, while on the first floor there are pieces of original frescoes from the Palace of Knossos. All exhibits of the museum come exclusively from archaeological sites in Crete, and the exhibition is showing them in chronological order..

Historical and Folklore Museum of Crete 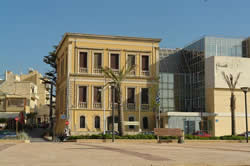 The Historical Museum, or more correctly Historical and Folklore Museum of Crete is situated on the quay Sophocles Venizelos at number 27. The Historical Museum is housed in a neoclassical building of 1903, which belonged to Andreas Kalokairinos, a prominent Herakleion, who in 1952 gave a donation to the Society of Cretan Historical Studies to become a museum.

The History Museum at Heraklion is open Monday through Saturday from 9 am until 5 pm, and Sundays and holidays are closed. The 22 rooms of the museum cover 1500 square meters with outstanding and precious historical relics from Crete, from the early Byzantine period (330 AD) until the Second World War (1940).
More Information

The Archaeological Museum of Agios Nikolaos

The Archaeological Museum is located north of the Lake on the street Palaeologus 74, a short distance from the city center. The museum was founded in Agios Nikolaos in 1970 and houses a rich collection of archaeological finds from the county of Lassithi. On the 8 halls of the museum there are archaeological treasures, covering the period of the Neolithic Age (6,000 BC), Minoan (3,000 BC) until the Roman (1st-2nd century AD). 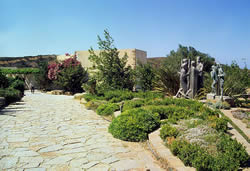 The Archaeological Museum of Sitia is one of the finest museums in Cretewith findings from the region of Lassithi and the province of Sitia. The exhibition is divided into 4 categories with thirty showcases artifacts from 3,500 BC to 500 AD., Consisting of: artifacts from the Minoan period, from Zakros, Geometric and Archaic period and the Greco-Roman period. 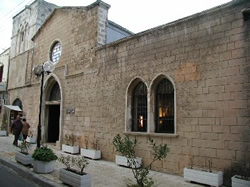 The museum is open daily until 15.00 pm, except Mondays. Findings from the area of Chania display in an imaginative and amazing way the history of western Crete.

Ceramics, lapidary, seal engraving, sculpture, metalwork, and jewelry and gold coins are presented in chronological order in the displays of the museum, as well as mosaics of the Roman period (2nd-3rd century AD), depicting scenes from the Dionysiac circle and episodes of the myth of Poseidon and the nymph Amimoni. 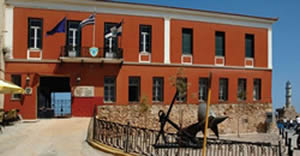 The Naval Museum of Chania (Crete Maritime Museum) is located on the eastern edge of the Venetian harbor and is housed in the fortress of Bastion. The Maritime Museum opened its doors in 1973 and attracts a lot of visitors daily until 2:00 p.m. In the two-storey building and in 13 sections is presented the maritime history of Crete from the ancient times until the battle of Crete (1941). Replicas of various types of ships, finds from shipwrecks, documents relating to the Greek fleet, navigation equipment accompanied by photographic, audiovisual equipment and a library of nautical themes.
At the same time extensive research and studies occur here, such as the (re) construction of the Minoan ship by scientists of the Institute for Ancient Shipbuilding and Engineering.ας.